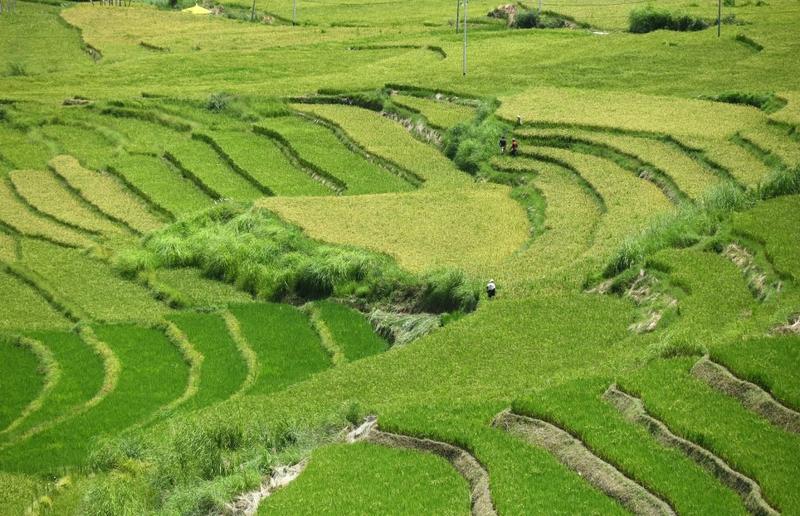 THIMPHU — The promotion and implementation of climate smart agriculture (CSA) in Bhutan could minimize the adverse effects of climate change and contribute to overall goals of food security and self-sufficiency through resilient agriculture, according to a research.

The Bhutanese economy is primarily based on agriculture that employs around 57 percent of the population. The sector is, however, most vulnerable to the effects of climate change.

The Bhutanese economy is primarily based on agriculture, which, according to the report, observable evidences showed is becoming increasingly challenging due to climate change impacts in the country

According to the report, observable evidences showed agriculture is becoming increasingly challenging due to climate change impacts in the country. Glacial lake outburst floods, long duration of dry spell, erratic rainfall, windstorms, hailstorms, drying up of springs sources, increasing soil erosion, rapid loss of fertility, drought, outbreak of pests and diseases are reported from various parts of the country.

Although CSA was identified as one of the key strategies in the 11th FYP and is one of the National Key Result Areas (NKRA) in the current plan, implementation is still in the early stage.

“CSA technology generation and implementation is limited in Bhutan despite the significant and imminent impact of climate change on agriculture,” reads the report.

Limited human resource for implementation of strategies and lack of response to climate change impact on food and nutrition security through policy formulation and programme is seen as the factor that could impede successful implementation of CSA.

CSA is based on the three pillars of productivity, adaptation and mitigation. CSA practices such as sustainable land management, plant breeding, crop varietal selection, cropping patterns, ecosystem management, and conservation and sustainable use of genetic resources for food and agriculture, among others, are some of the adaptation measures.

Only about 18 percent of the arable land is irrigated and is frequently affected by landslide and other natural calamities. Shortage of irrigation water leaves a large proportion of rice fields uncultivated.

A lecturer at the College of Natural Resources, Tulsi Gurung (PhD), said CSA module in the college teaches students about coping skills to climate change in agriculture. “CSA is similar to conventional agriculture, but it focuses on climate change impacts and ways to adapt to it. For instance, CSA tackles the impact of climate change through water conservation practice and planting seasons.”

The college started the CSA module for Environment and Climate Studies in 2014.