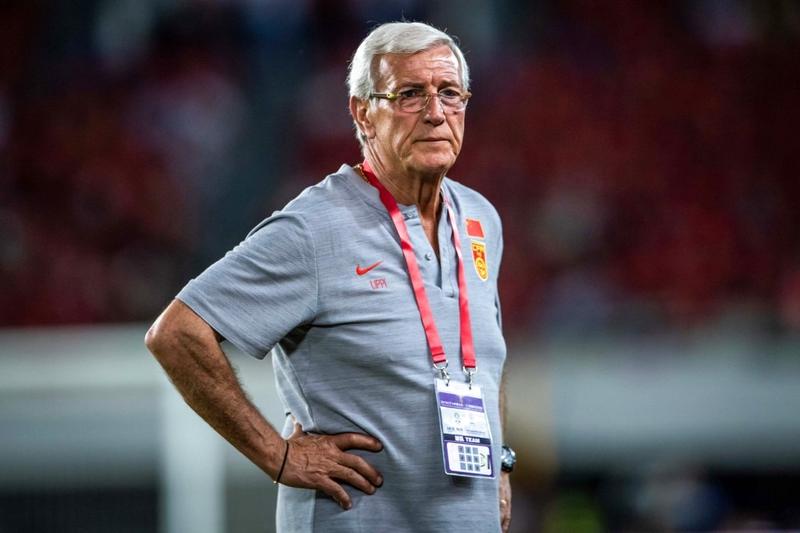 Marcello Lippi resigned as coach of China after it lost a World Cup qualifier to Syria 2-1 in Dubai on Thursday.

They played better than us and deserved this victory. I take full responsibility for this loss and hereby announce my official resignation.

China's first defeat in Group A left it five points behind Syria only halfway through the group stage of Asian qualifying.

Lippi guided Italy to the 2006 World Cup title and returned for a second spell in charge of China in May.

"They played better than us and deserved this victory," Lippi said in Dubai. "I take full responsibility for this loss and hereby announce my official resignation."

Osama Omari opened the scoring for Syria after 19 minutes, and Wu Lei equalized on the half hour. China went behind again after Zhang Linpeng's own-goal with 14 minutes left.

"For any team, players should give their all once they are on the pitch and execute what the head coach had planned for," Lippi said. "If they are afraid and lacking motivation, will and courage and failing to execute what we had trained for, I will take responsibility for that as head coach."

Japan maintained its perfect record by beating Kyrgyzstan 2-0 in Group F, and South Korea stayed first in Group H though it dropped points after drawing with Lebanon 0-0 in Beirut. Due to anti-government protests in the city, Lebanese authorities played the qualifier behind closed doors.

Takumi Minamino gave Japan the lead in Bishkek from the penalty spot four minutes before halftime and Genki Haraguchi added a second after 54 minutes.

Japan, with four wins out of four, moved six points clear of second-placed Kyrgyzstan at the top of the group.

Iraq moved two points of clear of Bahrain, which drew against Hong Kong 0-0.

READ MORE: Lippi: I will repay the Chinese fans with a whole new team

Australia won 1-0 at Jordan thanks to a first-half goal from Adam Taggart. Australia is now five points clear at the top of Group B.

Saudi Arabia came from behind to defeat Uzbekistan 3-2 to go top of Group D.

Only the winner of each of the eight groups and the four best second-place teams progress to the next stage of qualification.