Trump govt proposes 83% increase in cost to become US citizen 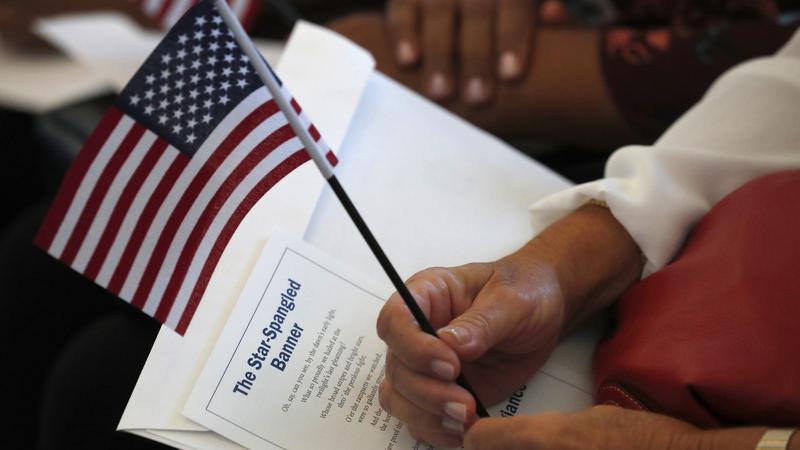 In this Aug 16, 2019 photo, a citizen candidate holds an American flag and the words to The Star-Spangled Banner before the start of a naturalization ceremony at the US Citizenship and Immigration Services Miami field office in Miami. (WILFREDO LEE / AP)

WASHINGTON — The Trump administration on Thursday officially proposed an 83-percent increase in cost to become a US citizen, claiming that "current fees do not recover the full costs of providing adjudication and naturalization services."

"The Department of Homeland Security (DHS) proposes to adjust certain immigration and naturalization benefit request fees charged by US Citizenship and Immigration Services (USCIS)," according to a DHS statement.

The citizenship application fee would soar from US$640 to US$1,170 while fees associated with legal permanent residency will go up by 79 percent to US$2,195, according to an ABC News report.

The proposed rule also outlines a series of other kinds of fee increases that impact immigration-related applications by asylum-seekers, Temporary Protected Status beneficiaries, Deferred Action for Childhood Arrivals (DACA) recipients and legal permanent residents, according to the report.

The Trump administration also seeks to divert US$207.6 million of USCIS funding to Immigration and Customs Enforcement (ICE), according to the report.

The proposal now enters a public comment period that's expected to end on Dec 16, then USCIS is legally obligated to consider comments before the new rule can take effect, according to the National Partnership for New Americans, a network of immigrant advocacy organizations.