Animating the next generation

With an immersive show by Japan’s Studio Ghibli running in HK and local filmmaker Yonfan’s newest flick all set to compete in Venice, the city’s animation artists do not need to look far for inspiration, says Mathew Scott.

Hong Kong has long had a fascination with animation. The genre was first showcased in Chinese-language cinema in 1941 with Princess Iron Fan, which had a story lifted from the pages of the 16th-century Chinese novel Journey to the West.

In the years since, Japanese animation has become the dominant force in Asia, led by directors Hayao Miyazaki and Isao Takahata and producer Toshio Suzuki at Studio Ghibli.

Hong Kong is currently enjoying a rekindling of its love affair with Japanese animated films thanks to The World of Studio Ghibli’s Animation exhibition.

The showcase taps into Hong Kong’s obsession with the characters created by the studio, dating back to the release of My Neighbor Totoro in 1988. The film, about two young girls and the forest spirits that befriend them, was a box-office success in Hong Kong. Follow-ups include the Oscar-winning Spirited Away (2001), about a young girl who must save her parents from a parallel universe. Visitors can get up close and personal with 3D installations of scenes from these two films and seven other Studio Ghibli classics, including Kiki’s Delivery Service and Howl’s Moving Castle.

The exhibition is also a timely reminder of just how far the boundaries of animation can be stretched. Studio Ghibli chairman Koji Hoshino says it is a constant source of pride — and amazement — for the studio’s filmmakers to be told that their work made a huge impact on popular imaginations across the world.

“It’s been a tremendous experience for me personally to see these films loved and accepted globally, and to know that they inspire people too,” says Hoshino, speaking on the eve of the exhibition’s opening. “It’s a tremendously rewarding feeling and we hope we can keep inspiring.” 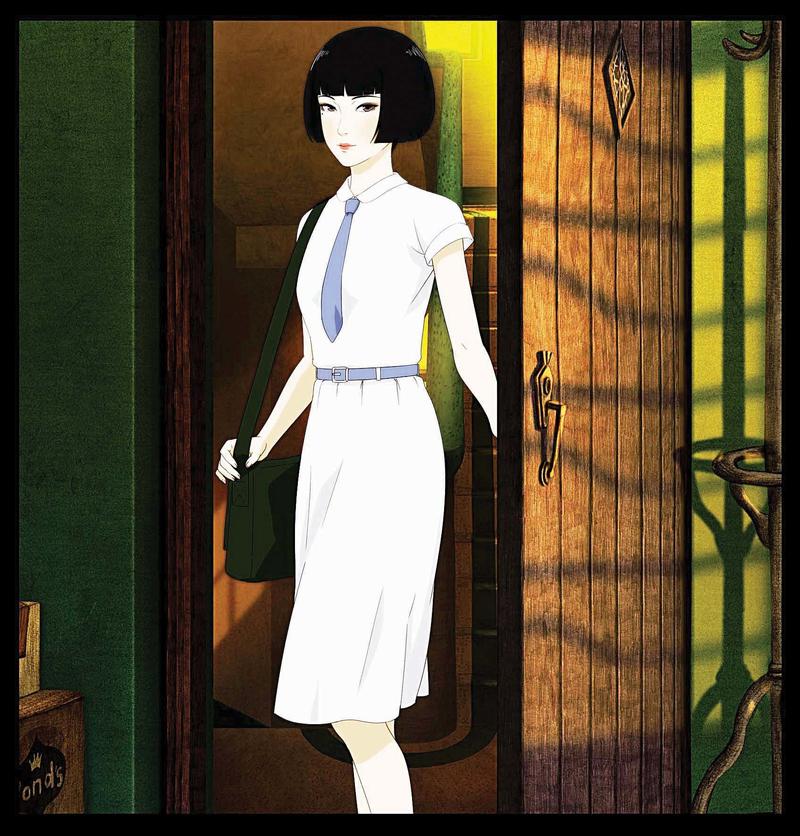 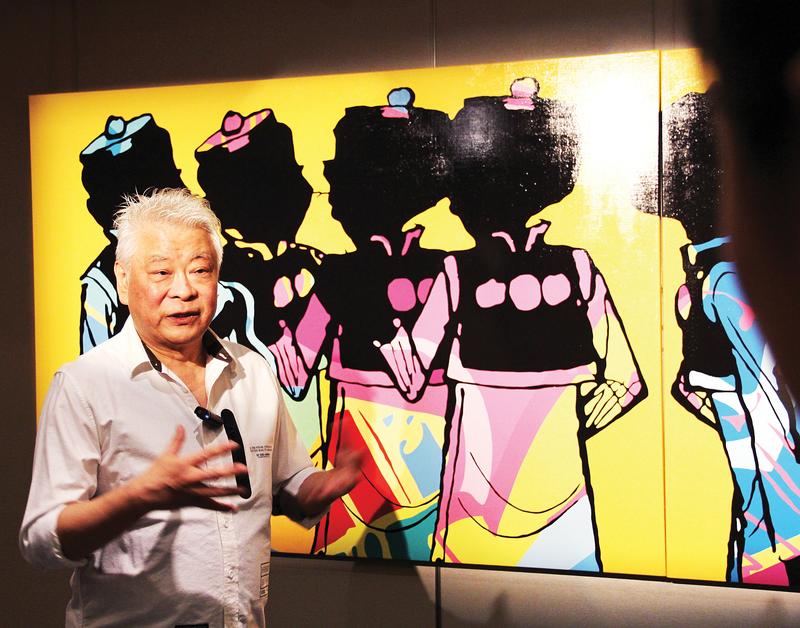 Comics creator Mark Tin-kit says local artists should not get put off by the small size of the Hong Kong animation industry. (PHOTO PROVIDED TO CHINA DAILY)

Animation has long played a relatively small but vital part in Chinese-language cinema. Recently No. 7 Cherry Lane by Hong Kong’s acclaimed arthouse director Yonfan  was selected to compete at Venice Film Festival later this month. Early publicity suggests the film will tap into a contemporary sense of nostalgia for Hong Kong’s past with a story of romance set in the turbulent 1960s.

The nod from Venice has set off a buzz about the film in local and international media — to the extent that it is likely to inspire a new generation of Hong Kong animators.

Albert Yu Ka-ho from City University of Hong Kong’s School of Creative Media believes the animation scene in Hong Kong will always be restricted by its small domestic market. Animated films are expensive and time-consuming to make, and the financial rewards from a city of approximately 7.4 million people may not be enough to cover the costs. Despite these obstacles, however, Yu believes there are actually more opportunities for the city’s animation artists now than ever before.

“Today, animation can involve many different things,” says Yu, who worked as a technical director on animated Hollywood hits such as Shrek 2 and the Ice Age series before turning academic. 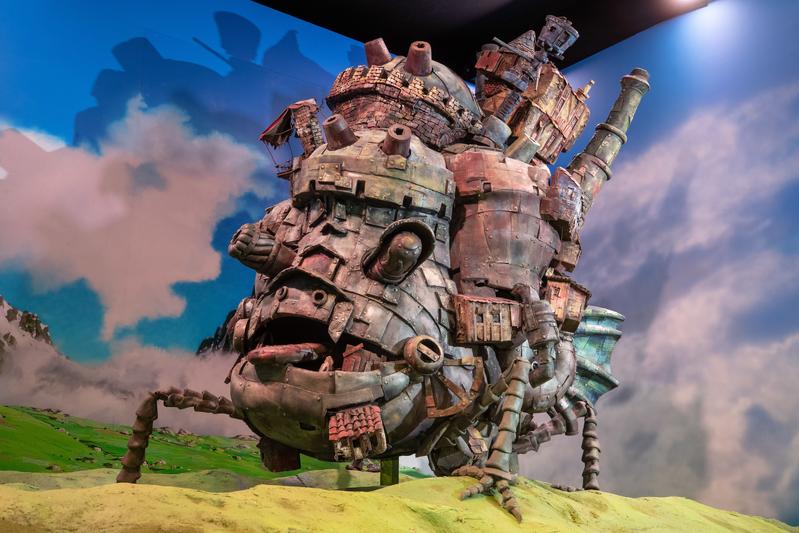 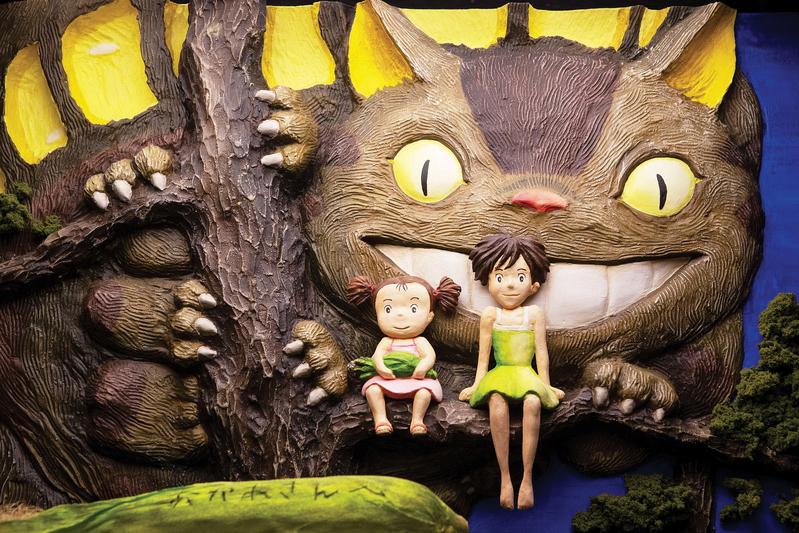 The Ghibli film My Neighbor Totoro, realeased in 1988, was a box-office hit in Hong Kong. (PHOTO PROVIDED TO CHINA DAILY)

“Most of our students are inspired by Japanese animation and aspire to be animators and directors, but they soon see the prospects today are broader, from visual effects to motion graphics,” says Yu.

With Studio Ghibli and other Japanese studios being in the forefront of Asian animation for the past three decades, distinctly Hong Kong productions have been few and far between. Notable exceptions are the Old Master Q series from the 1980s and the ongoing McDull franchise. In the past 12 months, however, the massive mainland market has shown a growing audience for animated films from Asia.

In June, Spirited Away saw a wide general release 18 years after it was originally screened in other global markets. It took in US$28 million at its opening weekend.

A month later, the Spirited Away became the biggest-ever animated hit across China. This retelling of a famous myth took audiences by storm  as well as more than US$460 million at the box office.

Albert Yu of CityU believes Hong Kong’s young animators can look for opportunities across  the Chinese mainland, Macao and Taiwan and even across different industries, such as video games, advertising and television.

“Not everyone ends up doing what we might call traditional animation,” says Yu. “One of our former students is working for the Hong Kong Observatory, which is now using animation. Another is working in creating animation for casinos. So the scope has expanded. You can find the term ‘animation’ everywhere these days.” 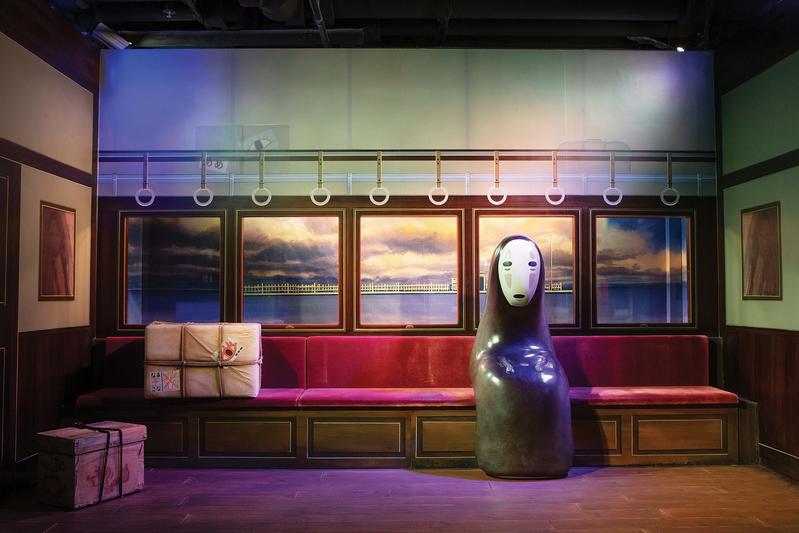 Spirited Away, released recently in China 18 years after it was made, grossed US$28 million at the opening weekend. (PHOTO PROVIDED TO CHINA DAILY) 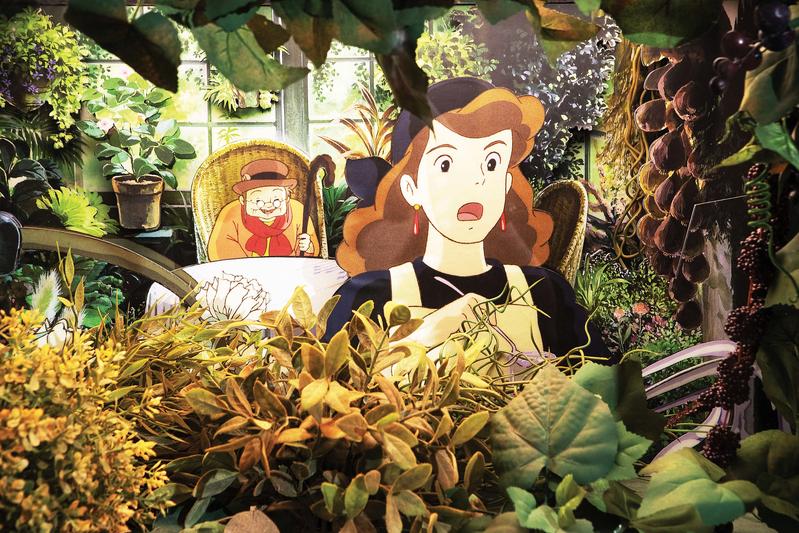 Scenes based on Ghibli classics,  Kiki’s delivery Service (above) at The World of Studio Ghibli’s Animation exhibition in Hong Kong. (PHOTO PROVIDED TO CHINA DAILY)

Art of the matter

Even with the advent of new opportunities and technology, including computer-generated imagery, art still remains at the heart of animation. To illustrate this point, veteran comic artist Mark Tin-kit is co-hosting a workshop on comic design at the Lockhart Road Public Library on August 17 with the aim of inspiring young artists.

As the forebearer of animation, comic strips such as Alfonso Wong’s Old Master Q series and  Tony Wong Yuk-long’s Little Rascals have a rich history, giving many animators the grounding and skills they need to further their crafts.

“The industry is hard, the market is small,” says Mark, who has more than 30 years of comic-art experience under his belt and has produced works such as God of War.

He says that the key to success is to get the basics right which then allows artists to create characters and stories that make them stand out.

“There are courses that teach you how to draw but most people are self-taught. That’s what gives you that individual look,” he says, adding that the internet gives artists more opportunities to get their work seen.

“You have to develop your story so that people are interested in your characters and what you want to say. The market is tough but that doesn’t mean people should give up. If you love it you will find a way.”

The World of Studio Ghibli’s Animation