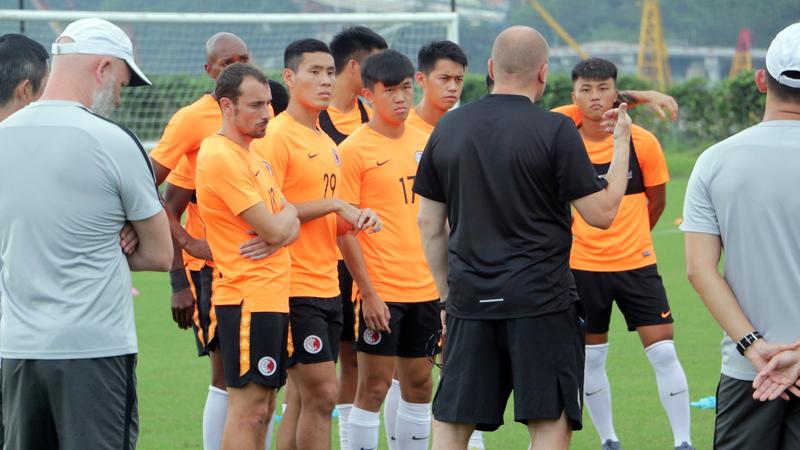 Paatelainen prepares the HKFA team for his first match on 11 June. (PHOTO COURTESY OF HKFA)

Following the FA Cup final at the end of May, in which Kitchee triumphed 2-0 over Southern, the 2018/19 Premier League season has finally been wrapped up. This meant that most players went on their well-deserved holidays, however, 32 of them had to stay behind.

The HKFA senior team started their training camp as early as 3 June, and new head coach Mixu Paatelainen wanted to use this opportunity to test as many players as possible. Aside from the regulars such as Yapp Hung-fai, Huang Yang, Wong Wai, and Tan Chun-lok, some youngsters have also been given a chance to prove themselves, including Chan Kwong-ho, Sun Hing-min, Law Tsz-chun, and Chan Shinichi. 21-year-old talent Yue Tze-nam, who has made his debut under former coach Gary White, also joins the team after finishing his season with CD Cova da Piedade in Portugal’s second tier.

The squad is also strengthened by Andy Russell and Alex Akande who currently play in the Chinese Super League for Hebei China Fortune and Dalian Yifang respectively, as well as Festus Baise (Guizhou Hengfeng) and Tsui Wang-kit (Meizhou Hakka) from China League One.

Paatelainen announced his final 23-men squad at the end of last week, ahead of the upcoming friendly game with Chinese Taipei on 11 June at Mong Kok Stadium. The most prolific player, who did not make the final cut, is Tai Po striker and HKSAR passport holder Sandro. Fung Hing-wa and Lau Hok-ming will also not participate in the friendly game, but nonetheless appreciated the training with the team.

Following the team camp, the new head coach appeared confident:  “From what I have seen so far in training, players are in quite decent form,” said Paatelainen.

“The players have left me with very positive impressions. They are all highly-skilled and despite our initial tempo might be a bit slow, this will actually help us to execute our match tactics.”

“I want the team to play with unity and speed. Players must be effective on the pitch and play modern style football, just like Spartans.”

The friendly game will be the last test before the beginning of the second round of the 2022 World Cup qualifiers, which is set for September 2019. The draw will be held on 17 July in Doha, Qatar.

Meanwhile, there has been some controversy in China’s other Special Administrative Region. The lower ranked Macau FA team has already joined the first qualification round, in which they faced Sri Lanka in a two-legged play-off. However, after beating their opponents 1-0 on 6 June, the Macau FA suddenly announced that they would withdraw from the competition, as they refrain from travelling to Sri Lanka due to safety reasons. The players of the Macau FA team appeared upset and started challenging the decision, even offering to take on full responsibility for their personal safety. With the match scheduled to take place on Tuesday, 11 June, there is no solution in sight, and it is likely that the game will be forfeited to the benefit of Sri Lanka. 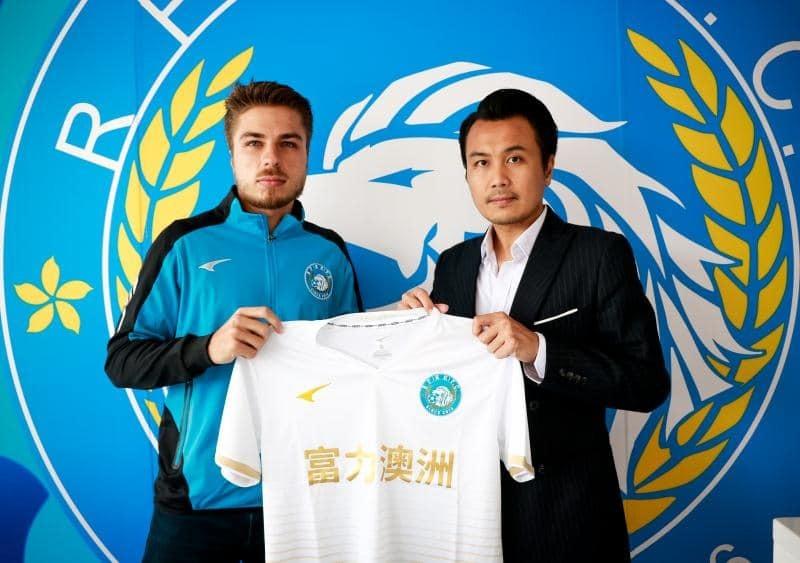 Even though the Hong Kong Premier League will not resume before the end of August, the transfer market is getting increasingly busy. On 10 June, R&F announced the signing of Tai Po forward and “Football of the Year” Igor Sartori. The Brazilian forward will join the Guangzhou-based club, who vowed to put together another title-contending side for next season.

Dreams FC, who have been under financial pressure, also confirmed the departure of most of their foreign aids, including Pablo Gallardo, Nacho Martínez, Joaquín García, Diego Higino and Jonathan Acosta.