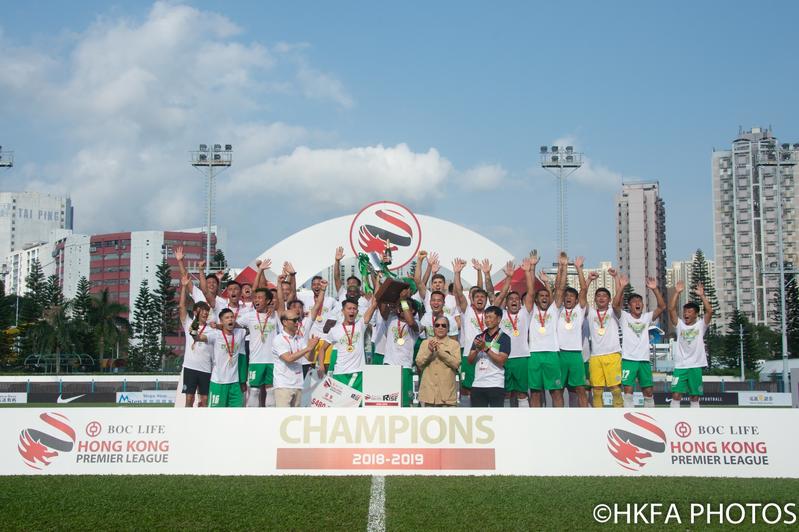 The Premier League drew to a close on 19 May when Tai Po stemmed the championship trophy for the first time in club history. However, the season is not over just yet. On the coming Saturday, 25 May, Kitchee and Southern meet each other in the FA Cup final. Aside from the prestigious silverware, there is even more at stake this year: The winners will be awarded the second AFC Cup spot for 2020, allowing the team to compete in Asia’s second-tier continental competition. Tai Po, as the new champions, will represent Hong Kong in the Asian Champions League qualification.

Both Kitchee and Southern appear to take this final very seriously, as both rested some of their key players in the last league round, leading to undesired results. Kitchee lost 2-0 to their arch-rivals Eastern, who commanded most of the game after Kitchee goalkeeper Wang Zhenpeng had been sent off just four minutes into the game. He handled the ball outside the box, and referee Ng Chiu-kwok did not hesitate before showing him the red card. With one player less, Kitchee were trying to keep the defense tight, but an individual mistake by centre-back Helio allowed Lee Hong-lim to net the first goal. Eastern’s Robert Vaz Shimabuku added to the score in the 69th minute, allowing his team to finish a tumultuous season on a high. That said, Kitchee looked overall less invested in the game, with the focus already being on the more important cup final. The Bluewaves rested Brazilian winger Fernando, who did not want to risk missing the upcoming fixture with a fifth yellow card. They also started with Lucas Silva on the bench, who only came in towards the end of the match. 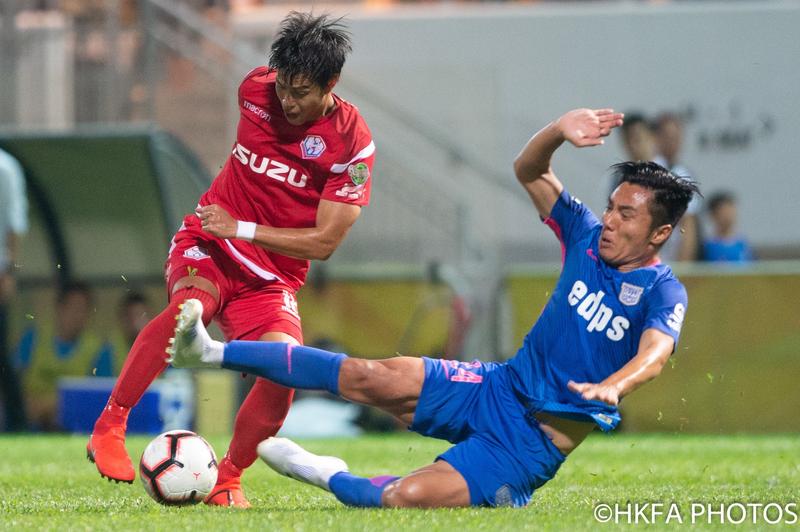 Kitchee and Southern face each other in the FA Cup final on 25 May. (PHOTO COURTESY OF HKFA)

Meanwhile, Southern did not do much better at Aberdeen Sports Ground. In fact, they did much worse, being thrashed 1-7 by district rivals Yuen Long. Southern started without their regular defenders Beto Fronza and Lau Hok-ming, and this time they had no recipe against the on-rolling attack of the Tangerines. Jean Moser opened the scoring three minutes into the game, and also finished it with the seventh goal for the visitors in the 92nd minute.

Nonetheless, most of the attention last weekend was given to Tai Po, who celebrated the championship following a 3-1 win over Dreams. More than 2,000 people came to Tai Po Sports Ground to witness this historic moment, when HKFA president Timothy Fok handed over the trophy to captain Wong Wai. Later on, the team went on a bus ride through the district, where they were met by cheering crowds along the way. While these memories are going to live on for a long time, it is yet to see how many of their key players Tai Po will be able to retain.

Established in 2014, this also marked the completion of the fifth Premier League season. However, the sustainability of this format still remains a major challenge. While bottom-of-the-league Hoi King will be relegated, 1st Division champions Happy Valley are still struggling to make ends meet for a possible promotion to the top tier. In previous seasons, several clubs have folded over the summer, with South China being one of the most prominent victims. That said, this year’s runners-up R&F have already pledged to up their game next season. The Guangzhou-based side aims to become fully integrated into the league, which means that they may be able to sign up to six foreign aids, and compete in continental competitions. Yeung Ching-kwong is expected to stay on as head coach and the club will try to be once again a title contender in 2019/20. 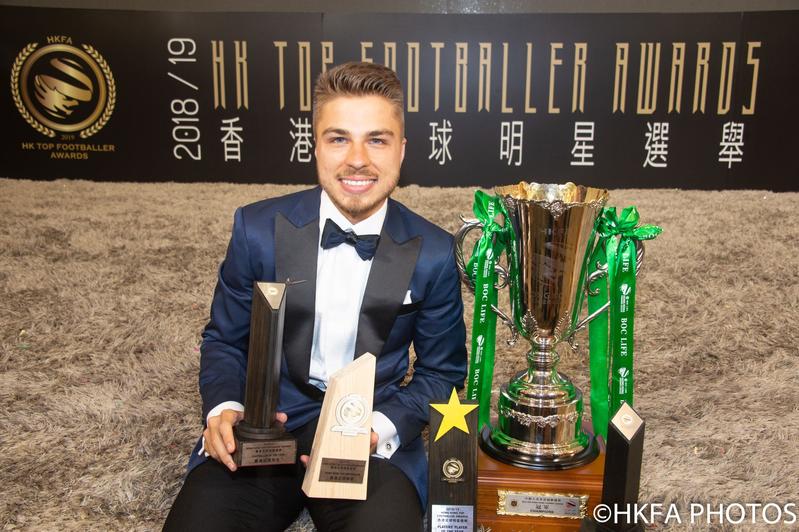 Igor Sartori is Hong Kong's Footballer of the Year. (PHOTO COURTESY OF HKFA)

The official season awards ceremony of the HKFA was held on 22 May. While Kitchee’s Lucas Silva and Eastern’s Manuel Bleda were named joint top scorers of the season, having both scored 12 goals in the league, the most prestigious award went to Tai Po’s Igor Sartori, who became “Footballer of the Year”. It turned out to be a perfect night for the Brazilian forward, as he also bagged the trophies for “Most Favourite Player of the Year” and “Players’ Player of the Year”. As expected, Tai Po’s Lee Chi-kin was given the “Coach of the Year” honours. The “Best XI” of the Premier League season was featuring the most outstanding defenders, midfielders, and forwards. The awardees were Eduardo Praes (Tai Po), Fung Hing-hwa (Tai Po), Leung Nok-hang (R&F), Fabio Lopes (Yuen Long), Philip Chan Siu-kwan (Tai Po), Wong Wai (Tai Po), James Ha (Southern), Fernando (Kitchee), Lucas Silva (Kitchee), and Igor Sartori (Tai Po). Southern’s Tse Tak-him was named “Best Goalkeeper”, while the two youth player awards went to Pegasus’ Wu Chun-ming, and Lee Man’s Cheng Siu-kwan. Women’s Footballer of the Year is Wong Shuk-fan of Happy Valley.

Although the season has come to an end, there is still some action in the coming weeks. On 11 June, HKFA head coach Mixu Paatelainen will make his debut at the sidelines, when the senior team squares off with Chinese Taipei in a friendly match at Mong Kok Stadium. The Finnish manager has called up 32 players into the training squad, including youngsters such as Chan Shinichi, Cheng Siu-kwan, and Tsui Wang-kit. The final selection will be announced after 6 June.

Later next month, Kitchee and Tai Po still face each other in the AFC Cup on June 19, although neither side has a realistic chance to qualify for the next round. One week later, Kitchee will host DPRK champions April 25 at Mong Kok Stadium, while Tai Po will be away to Hang Yuan.