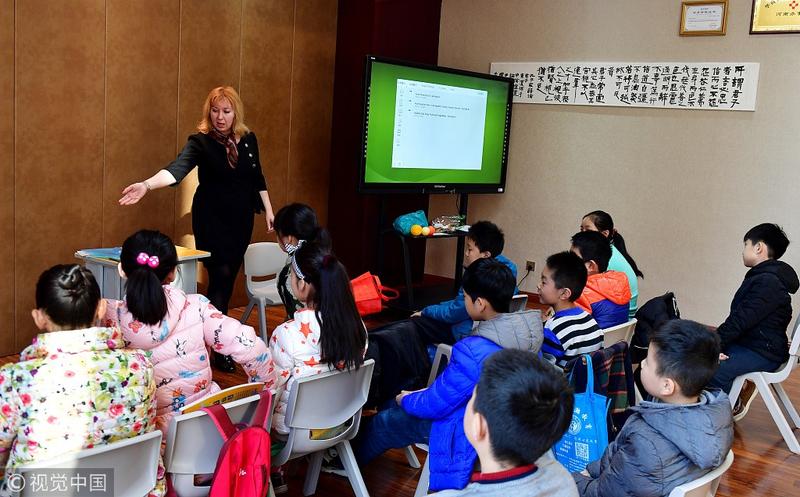 Foreign teachers in China have welcomed the Ministry of Education's increased oversight of the sector, saying it will benefit the healthy development of the overall English-tuition industry.

China has the right to determine who should and should not play a role in molding children's minds, within the limits of the law

"I absolutely agree with more regulations on foreign teachers, as it is helpful to offer well-qualified, verified and vetted teachers a 'gold card' to make it easier for them to have the opportunity to work legally and with more flexibility," said Michael Benko, a United States national who teaches at BlingABC, an online English teaching platform in Beijing that is a subsidiary of New Oriental Education and Technology Group.

"It also gives good teachers an incentive to lend their skills to education in China."

He added that recent incidents involving foreign teachers were "insane" and said such things should not happen anywhere in the world.

"We need to protect young people as they develop, and they should be prevented from coming into contact with people who don't value the trust parents put in their hands to take good care of, and educate, their children," he said.

Bruce Le, chief cultural officer of BlingABC, who is also a US national, said: "What has happened has happened. What's important is whether or not we can foresee other incidents of this kind and prevent them from happening."

Just as any country wants to ensure that its younger generation is given the best quality education, China has the right to determine who should and should not play a role in molding children's minds, within the limits of the law, he said.

There has never been any secret way to learn a language accurately and efficiently. The only way to become a proficient speaker of another language is for the student to be completely immersed in an environment in which that language is primarily used in all aspects of daily life. A good foreign teacher will be able to provide a more immersive experience, he added.

Chris Allen, manager of international teachers at New Channel International Education Group's school in Beijing, said a native speaker will obviously be more familiar with their mother tongue and will naturally have a better command of the language, whether in terms of grammar or pronunciation.

Speaking to a non-Chinese person also helps students become accustomed to people from overseas and learn how native speakers really use English outside of textbooks, the British national said.

READ MORE: An expat proud to stand with city he calls home

In the United Kingdom, background checks, such as those regarding a criminal record, are the norm before teachers are employed. That situation should be the same everywhere, according to Allen.

"If adults are in contact with minors at work, we need to ensure that those children and young people are safe, no matter what nationality the teacher is," he said.