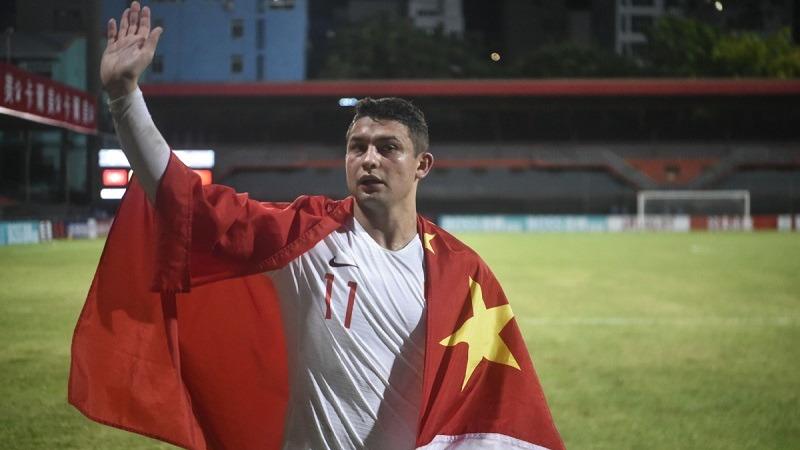 Brazil-born Elkeson acknowledges the Chinese fans after scoring two goals to lead Team China to a 5-0 victory over the Maldives in their 2022 World Cup qualifier in Male on Sept 10, 2019. (PHOTO / XINHUA)

BEIJING - The Chinese Football Association (CFA) on Tuesday denied rumors that they plan to introduce 50 naturalized players, saying "the number of naturalized players will be very limited, while the foreign players' policy in professional leagues won't have big changes."

In a statement released on Tuesday, CFA noted that "the report that 'CFA has a 50-naturalised-player quota' is completely false information."

"CFA will execute a very careful policy to introduce a strictly limited number of naturalized players," added the Chinese football governing body, whose president Chen Xuyuan said a total of nine naturalized players have been registered at the CFA in August.

In addition, the CFA also said the current foreign players' policy won't be changed dramatically for the sake of "the stability of professional leagues."

"CFA has never discussed canceling foreign players limitation," the CFA pointed out. According to current policy in the Chinese Super League, each club could feature a maximum of three foreign players simultaneously in the match.

"CFA will publish new regulations on naturalized players and foreign players by the end of the year, which is for the healthy development of professional leagues, Chinese footballers and young players."